First, Moscow has never concealed that it provides military-technical assistance to Damascus. This is done in accordance with international law and almost exclusively in the framework of signed contracts, as Russian officials constantly emphasize. At the same time, in the past, Moscow did not deliver weapons that could cause serious complications in Damascus’ relations with its neighbors. For example, in the recent past, Russia scrapped plans to supply S-300 anti-aircraft systems to Syria after Israel strongly opposed the deal on the grounds that the systems could cover practically the whole Israeli territory.
END_OF_DOCUMENT_TOKEN_TO_BE_REPLACED

If You Want to Know What’s Going On in Gaza, Ask a Reporter – James Rodgers/Newsweek

Blood ran in the gutters of Gaza that day and formed red puddles along the rutted roads. But it was the work of butchers, not bombs.

That year, 2004, Eid Al-Adha, the Muslim Feast of the Sacrifice, fell in early February—so the blood from the shops and slaughterhouses mingled with what was left of the winter rainwater. Residents relaxed and rejoiced as they sat down to celebrate. A day of relative calm was a relief. The second intifada, or uprising against Israel, was in its fourth year.

END_OF_DOCUMENT_TOKEN_TO_BE_REPLACED

Israeli nuclear whistleblower Mordechai Vanunu, who exposed details of Israel’s secretive nuclear site in 1986, has been placed under house arrest for violating the terms of his release from prison over a decade ago.

Vanunu has been placed under seven days’ house arrest and barred from using the Internet after he gave an interview to privately-owned Channel 2 news station, which police say was a violation of his release terms.

END_OF_DOCUMENT_TOKEN_TO_BE_REPLACED

Michael Moore: ‘American exceptionalism is the death of us’ – AP

(Click here for more info on stats on flag)

TORONTO  — “Mike’s Happy Movie” was the working title of Michael Moore’s latest documentary, “Where to Invade Next,” but few would consider its examination of American ills — from runaway college tuition to mass incarceration — the stuff of bubbly, feel-good delight.

Yet “Where to Invade Next,” in which Moore plunders foreign (mostly European) ideas like Italy’s government-mandated vacation or Portugal’s decriminalized drug use to bring back home to America, has an unmistakable whiff of hope.
END_OF_DOCUMENT_TOKEN_TO_BE_REPLACED

Iran has discovered an unexpectedly high reserve of uranium and will soon begin extracting the radioactive element at a new mine, the head of Iran’s Atomic Energy Organisation said on Saturday.

The comments cast doubt on previous assessments from some Western analysts who said the country had a low supply and would sooner or later would need to import uranium, the raw material needed for its nuclear program.

END_OF_DOCUMENT_TOKEN_TO_BE_REPLACED

LONDON — Jeremy Corbyn, for decades a left-wing rebel who was relegated to the margins of British politics, became on Saturday the leader of Britain’s Labour Party in a landslide vote.

The Labour Party — which has spent a century trading power with the Conservatives and governed this country as recently as five years ago — picked Corbyn as its new leader even as it continues to reckon with its disastrous loss in May elections.

Tom Watson, who is seen as a possible bridge between the party’s centrist and leftist factions, was selected as deputy leader.

END_OF_DOCUMENT_TOKEN_TO_BE_REPLACED

ALEPPO, Syria — A growing number of media reports praise the White Helmets, a group of first responders who save lives in Syria. But a recent report from an independent journalist claims the Helmets are more concerned with destabilizing the Syrian government on behalf of the group’s international backers than truly making a difference in Syrian life expectancy.

In March, CBS News praised the volunteer group: “When the bombs rain down on Syria, it is the White Helmets who run in to help. These brave volunteers claw and saw their way through the rubble to save those buried beneath.”

END_OF_DOCUMENT_TOKEN_TO_BE_REPLACED

The international agreement to restrain Iran’s nuclear program, which will likely go into effect next week, should count as the crowning diplomatic achievement of Israeli Prime Minister Benjamin Netanyahu. The ratification of this deal marks the first time Iran has agreed to radically curtail its previously unregulated nuclear activities, and it would not have happened without Netanyahu.

END_OF_DOCUMENT_TOKEN_TO_BE_REPLACED

Efforts to arrange a White House visit by Netanyahu appear aimed at easing tensions between Washington and its closest Middle East ally now that Obama’s Democrats in the U.S. Senate have blocked a Republican bid to derail the landmark Iran agreement.
END_OF_DOCUMENT_TOKEN_TO_BE_REPLACED

The Palestinian foreign ministry yesterday strongly condemned Israeli Defence Minister Moshe Ya’alon after he revealed that Israeli security forces know who is responsible for the death of three members of the Dawabsheh family in a house fire two months ago but they will not prosecute them.

END_OF_DOCUMENT_TOKEN_TO_BE_REPLACED 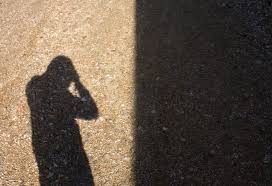 My how the Russian boot suddenly landed heavy and sure on Syria’s soil.

How Israel gasped with surprise and dread to see the giant footprint and realize that its lauded Air Force no longer has the monopoly on Syrian skies.

Soberly it knew only too well that the Merkava is no match for even Hezbollah and Russian subs are a boat ride up the coast – checking Israeli frigates and pirates.

Suddenly Israel has no total freedom of the skies, checked on land and out at sea too.