Does Israel Really Have a Thermonuclear Weapon? – Foreign Policy

We all know Israel has the bomb, but does it have the hydrogen bomb?

The idea that Israel’s nuclear arsenal might comprise thermonuclear weapons has long been a subject of discussion. It popped back in the popular conscience a few weeks ago when Grant Smith — who runs an organization called the Institute for Research: Middle Eastern Policy that has some views about Israel that I find pretty awful — released a redacted version of a 1987 report published by the Institute for Defense Analyses (IDA). Smith had sued to get the document, then posted it online claiming it was “confirmation of Israel’s advanced nuclear weapons” — with “advanced” meaning thermonuclear weapons.
END_OF_DOCUMENT_TOKEN_TO_BE_REPLACED

WASHINGTON, D.C. — The controversial New Israel Fund and its social change and political lobbying organization known as SHATIL, have received more than $1 million from the State Department under a program designed to create political change, reform, and activism in the Middle East. The government program, Middle East Partnership Initiative (MEPI), has extended more than $600 million in grants to political and social activists and reformers in 18 Middle East countries, mainly with unstable or challenged political environments in need of democratic improvement. “MEPI supports organizations and individuals in their efforts to promote political, economic, and social reform in the Middle East and North Africa,” according to the agency’s official self-description.
END_OF_DOCUMENT_TOKEN_TO_BE_REPLACED

Dozens of Palestinian citizens, this morning, were injured in Israeli attacks on a demonstration commemorating the 39th Land day, in Huwwarah town, south Nablus.

Activist against the wall and settlements, Abdullah Abu Rahma told the PNN that dozens of citizens, including Palestinian Legislative Council member Walid Assaf, suffered teargas inhalation, in addition to being pepper sprayed.
END_OF_DOCUMENT_TOKEN_TO_BE_REPLACED

The Iran Nuke Deal Will Be Concluded Within 24 Hours. In Israel, Gas Masks And Zanix Deliveries Are On Standby

In the old game of chicken, two cars race toward each other and at the last second one veers away to avoid a collision. Today, the Israelis and Palestinians are engaged in a new game of chicken but as they accelerate toward each other, they have missed the reality that there is a gorge between them and they are each in danger of driving off the cliff. If there is a task for American diplomacy now, it is to try to get each off their self-destructive path.
END_OF_DOCUMENT_TOKEN_TO_BE_REPLACED 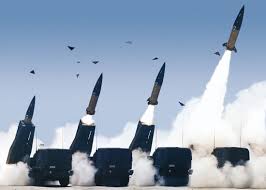 Cairo (AFP) – Despite an agreement at a weekend Arab summit to establish a joint military force, serious doubts remain that it will become a reality on the ground, experts say.

Egyptian President Abdel Fattah al-Sisi announced the accord on Sunday at the end of the summit he hosted in the resort of Sharm el-Sheikh, setting a four-month timeframe for the 22-member Arab League to decide on the composition and rules of engagement of the joint force.
END_OF_DOCUMENT_TOKEN_TO_BE_REPLACED

Back when ISIS was still expanding into the multi-ethnic and religiously diverse northern Iraq, not just Yazidis but also the country’s 1 million Christians were some of their main targets. They were asked to either convert or leave, otherwise they would be killed. All along, churches were being bombed or burnt to the ground.

Most of the Christians that used to inhabit those areas of the Levant where ISIS now rules have been displaced, in an act of religious/ethnic cleansing more thorough than any that Saddam had ever achieved. And ISIS is still working through the backlog of churches to be destroyed. Only recently they destroyed one that was described as equivalent to Canterbury Cathedral.
END_OF_DOCUMENT_TOKEN_TO_BE_REPLACED

The region was not alone. Operation Protective Edge — a military operation Israel launched in the Gaza Strip during the summer of 2014 — fueled anti-Semitic activities across the country.
END_OF_DOCUMENT_TOKEN_TO_BE_REPLACED